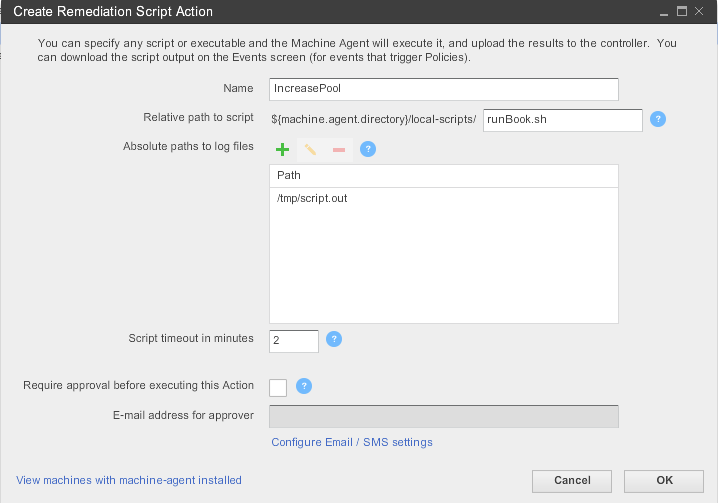 New in 3.7.9
1. To designate the specific node on which to run the script, select Execute Action on Specified Node.
2. Click Select Node.
3. From the popup node browser select the node on which the script should run.
4. Click Select.
The selected node is displayed in the Configure Action window.
5. Click Save to save the configuration.
Click Change if you want to designate a different node. 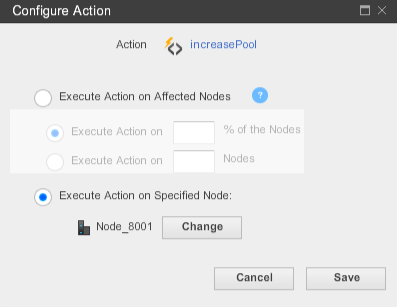