Before starting, verify that the services or applications you want to instrument are .NET applications rather than native applications or another type of application. From a command line, run the following command:

This command only works for 64-bit processes. For 32-bit processes, use the process explorer to view the dependencies of the process and whether there are any .NET .dll files loaded into the file.

If you have previously instrumented IIS applications on the server that hosts the Windows services and standalone applications, the server should already have a config.xml file that you can edit. If not, perform the following steps to generate one:

The utility performs these configuration tasks:

Once you have configured the Controller properties for the .NET Agent, instrument your Windows service or standalone application by adding the Standalone Applications element to the config.xml.

This sample config.xml demonstrates instrumentation for a Windows service and standalone application:

When instrumenting Windows Services, there may be cases where the instrumented service initializes before the AppDynamics.Agent.Coordinator service.  When this happens the Profiler shuts down and no instrumentation happens. This problem may present intermittently and is not common.

To ensure the AppDynamics.Agent.Coordinator service initializes before the instrumented Windows Service, modify the registry as follows:

Edit the Reg key EarlyStartServices @HKLM:\SYSTEM\CurrentControlSet\Control and add AppDynamics.Agent.Coordinator_service to the list of early start services. 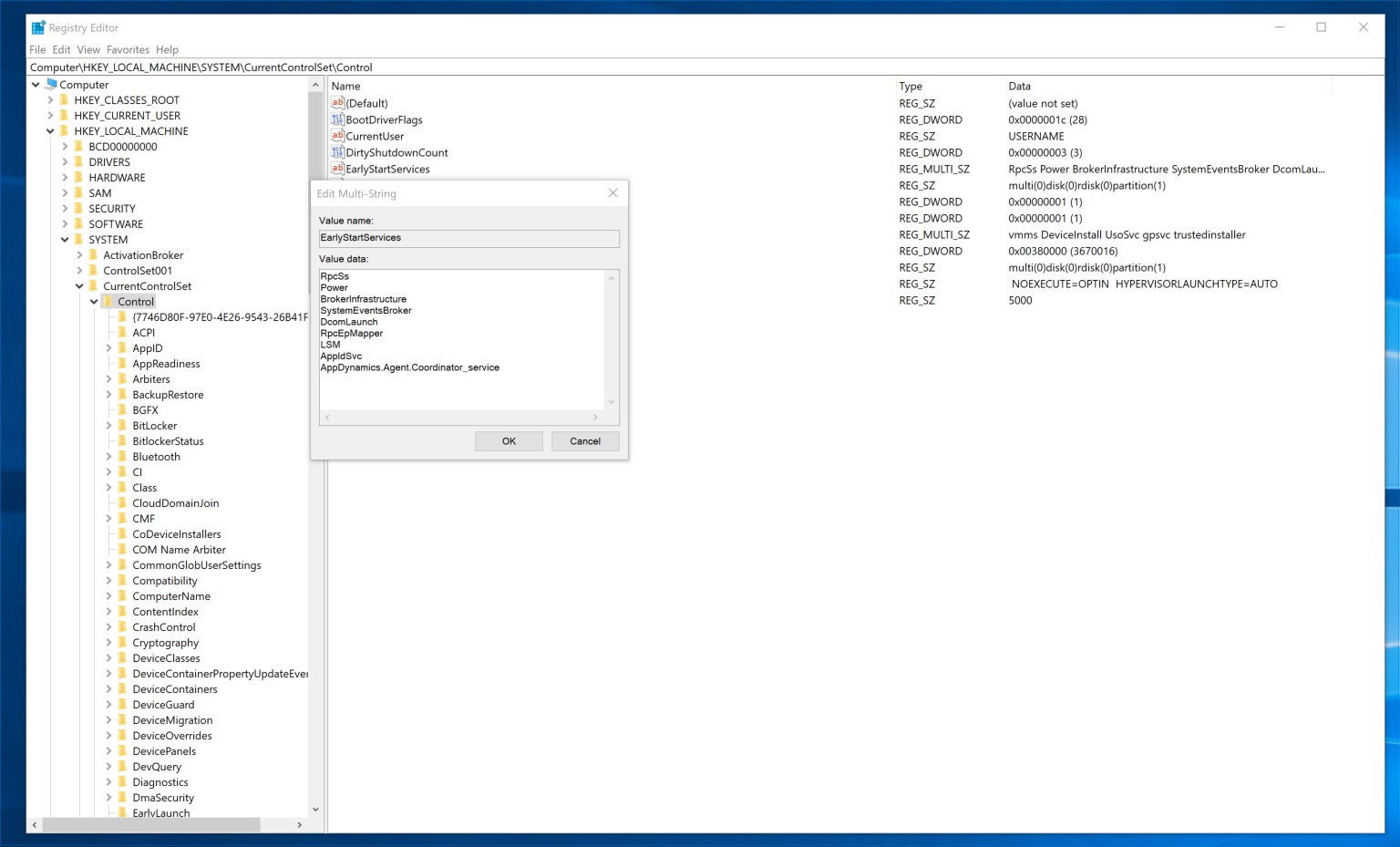 If you are using Windows 2008, please contact AppDynamics Support for assistance.