You can monitor performance around asynchronous calls and multithreaded activity in a variety of ways. It's helpful to understand what AppDynamics considers to be an asynchronous activity, what information it provides on that activity, and how that information relates to thread execution at the code level.

These sections describe the type of information available given various thread and exit call execution scenarios. 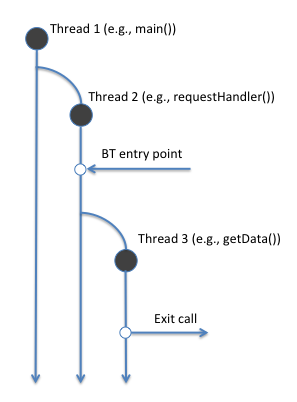 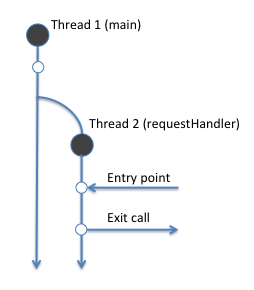 Without a business transaction, AppDynamics does not track asynchronous activity. 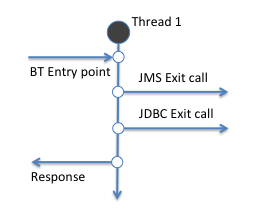 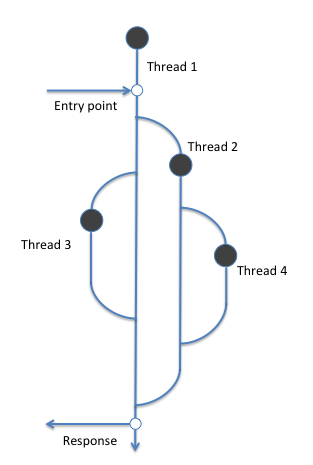 For example, consider an application in which an entry point method in a request handler spawns multiple threads, including one to serve as the final response handler. The request handler then returns a preliminary response to the client. By default, this stops the clock for purposes of measuring the response time for that business transaction. Meanwhile, the spawned threads continue to execute until completion, at which point the response handler generates the final response to the client. 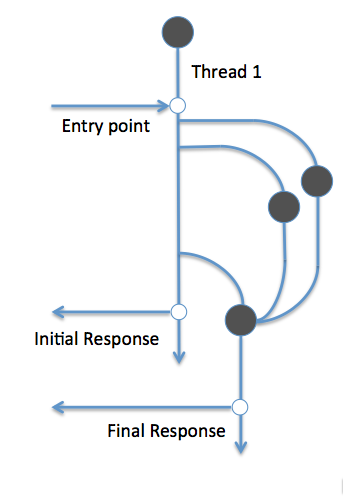 View Threads and Thread Tasks in the Metric Browser