The Tier Metric Correlator enables you to identify load and performance anomalies across all nodes in a tier. Suppose you have a tier composed of a cluster of nodes running on containers or servers. You expect all the nodes to behave exactly the same under the same load conditions. How can you monitor this cluster for anomalies and outliers? You can use the Tier Metric Correlator to answer the following questions:

Heatmaps enable you to easily identify the normal bands of performance and any outliers for all nodes in a tier. In this example, all nodes fall within two bands: 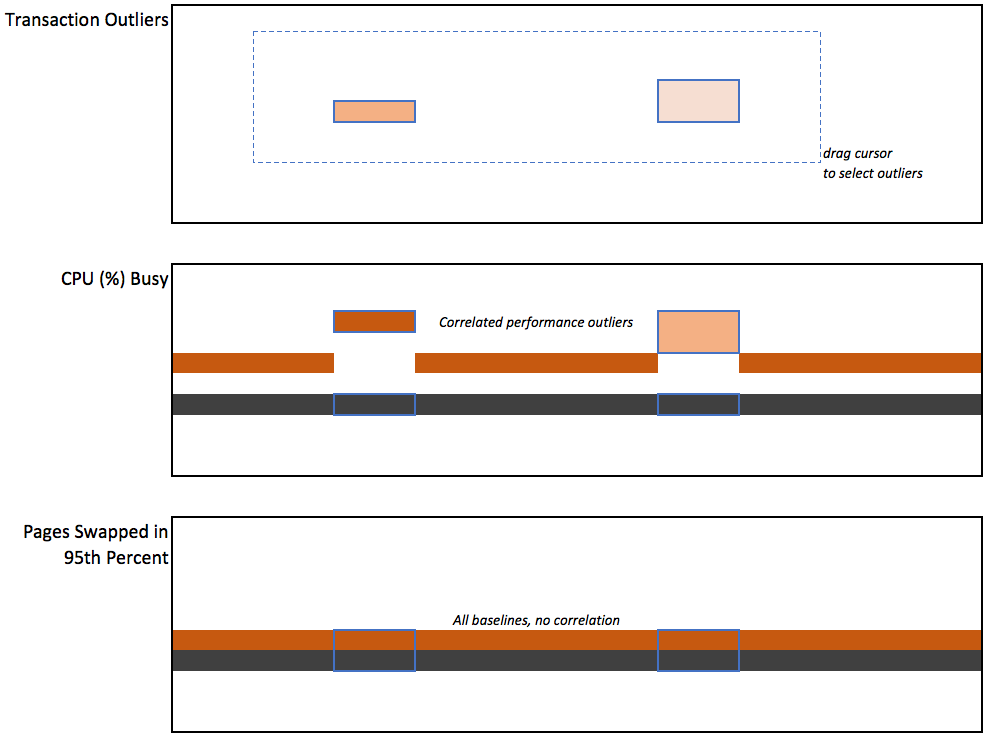 When you select a set of transaction outliers, the Selected Nodes and Impacted Servers charts show the distribution of these outliers across all nodes in the tier. This makes it easy to determine if these outliers are associated with specific node clusters. Double-click a pie chart to troubleshoot the node or server. 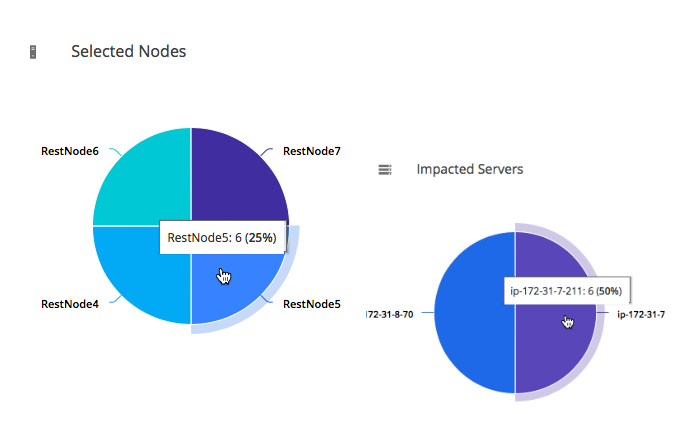 In this example, a DevOps engineer wants to ensure that transaction calls are getting distributed evenly to all the nodes in a tier. The engineer accesses the Tiers & Nodes view, right-clicks a tier, and selects Correlate Metrics. Looking at the Calls Per Minute heatmap, the engineer can immediately see that the band of performance is 20-22 calls per minute, but for some nodes, the rate is higher during certain intervals. The engineer decides to investigate the relevant load balancer and finds that a simple misconfiguration is causing the device to distribute calls unevenly at certain times. Using heatmaps, they can identify and fix a minor issue before it has a significant impact on their team's mission-critical applications. 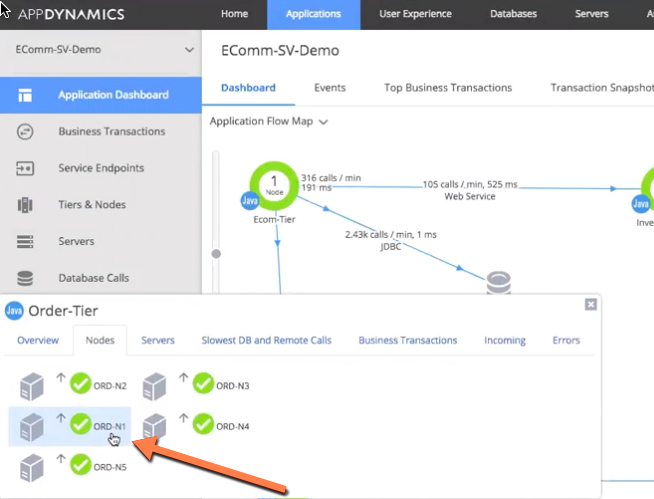 The engineer opens the Controller, accesses the Tiers & Nodes view for the application of interest, right-clicks the Order-Tier, and selects Correlate Metrics. The Tier Metric Correlator displays.

The next question is: Are any resource issues causing these outliers? The engineer examines the Correlated Metrics heatmaps to look for metrics that correlate with the outliers on the canary node. Most heatmaps show no correlation. For example, CPU Busy% shows that all nodes stay within the band of performance of 0-20%. 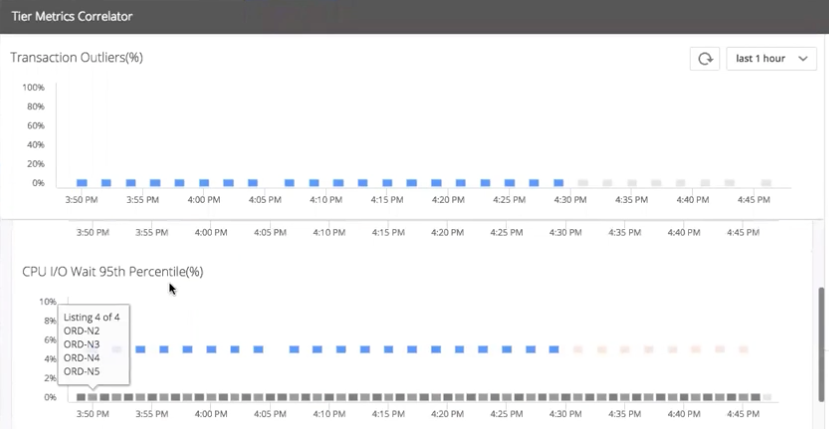 The Pages paged out 95th Percentile (pages) heatmap also shows a strong correlation with the transaction outliers on the canary node. With just a few clicks, they can immediately see that the canary node is performing worse; that the node has a CPU I/O problem; and that the CPU I/O problem is related to paging, which indicates a disk problem.

To reduce the visual noise and highlight the correlations, the engineer unchecks all the uncorrelated metrics. The next step is to investigate and troubleshoot the underlying server. To drill down into the canary node, they double-click on the Server Distribution in Selection pie chart (bottom right). 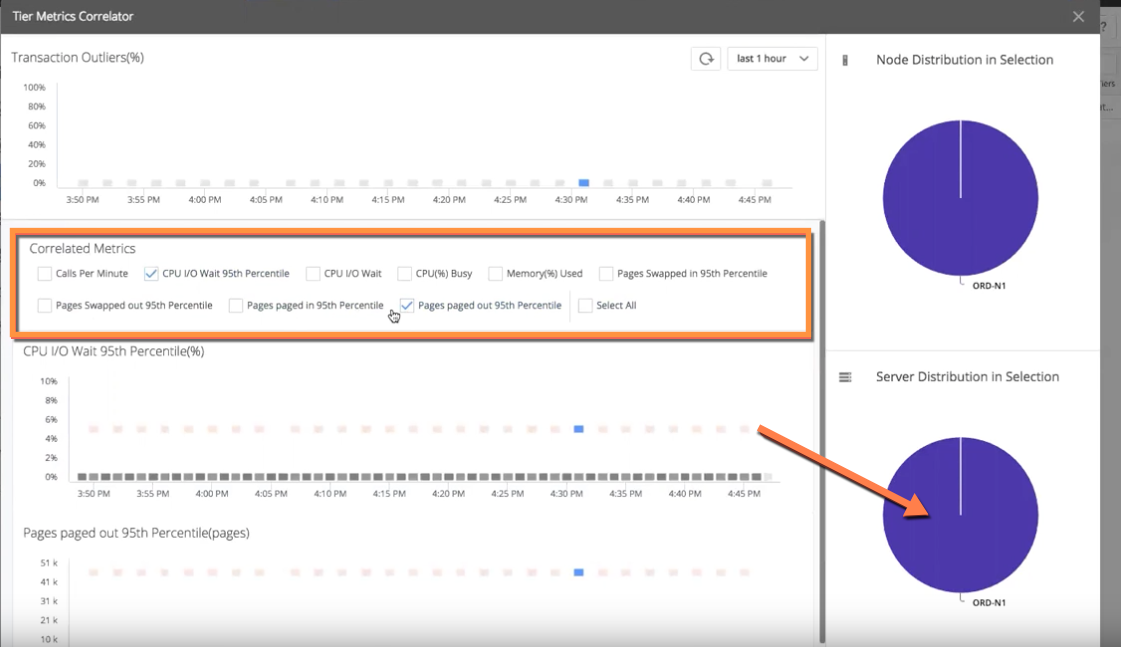 The Server Dashboard for the canary node displays. The engineer selects the Volumes tab and sees many spikes in I/O operations and queue wait times. They decide that the canary code is not ready to deploy to the entire tier, and need to re-examine the canary code, fix the regression, and re-test. 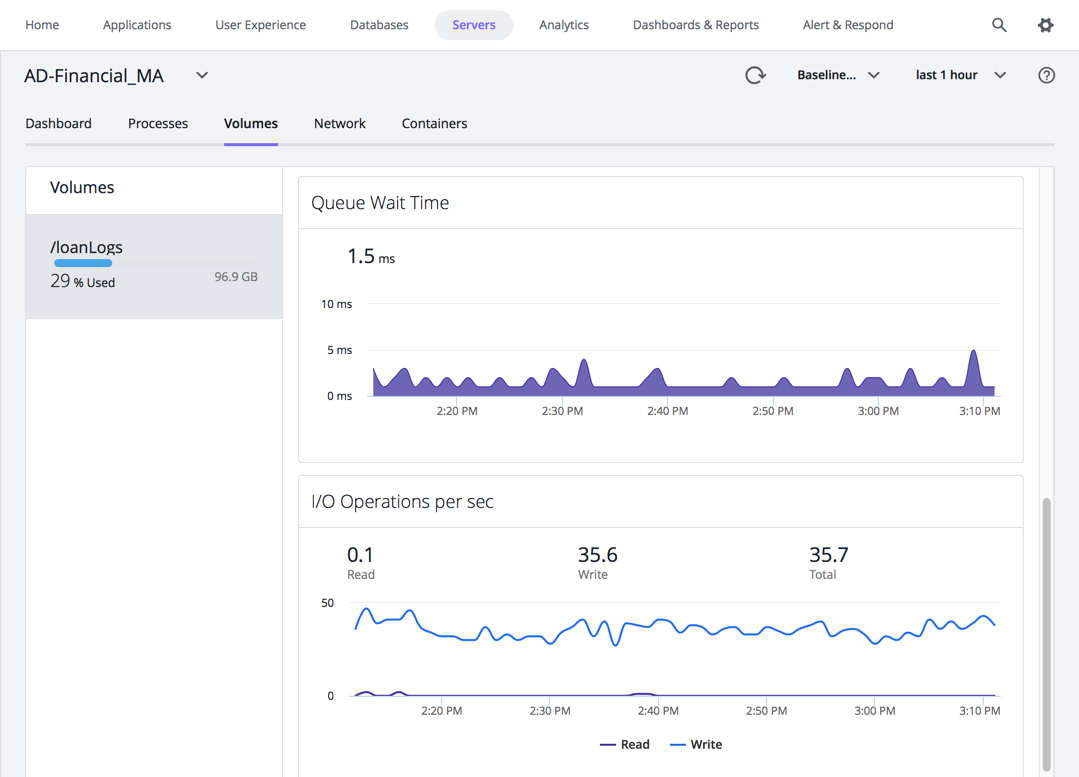 These steps outline the workflow description: 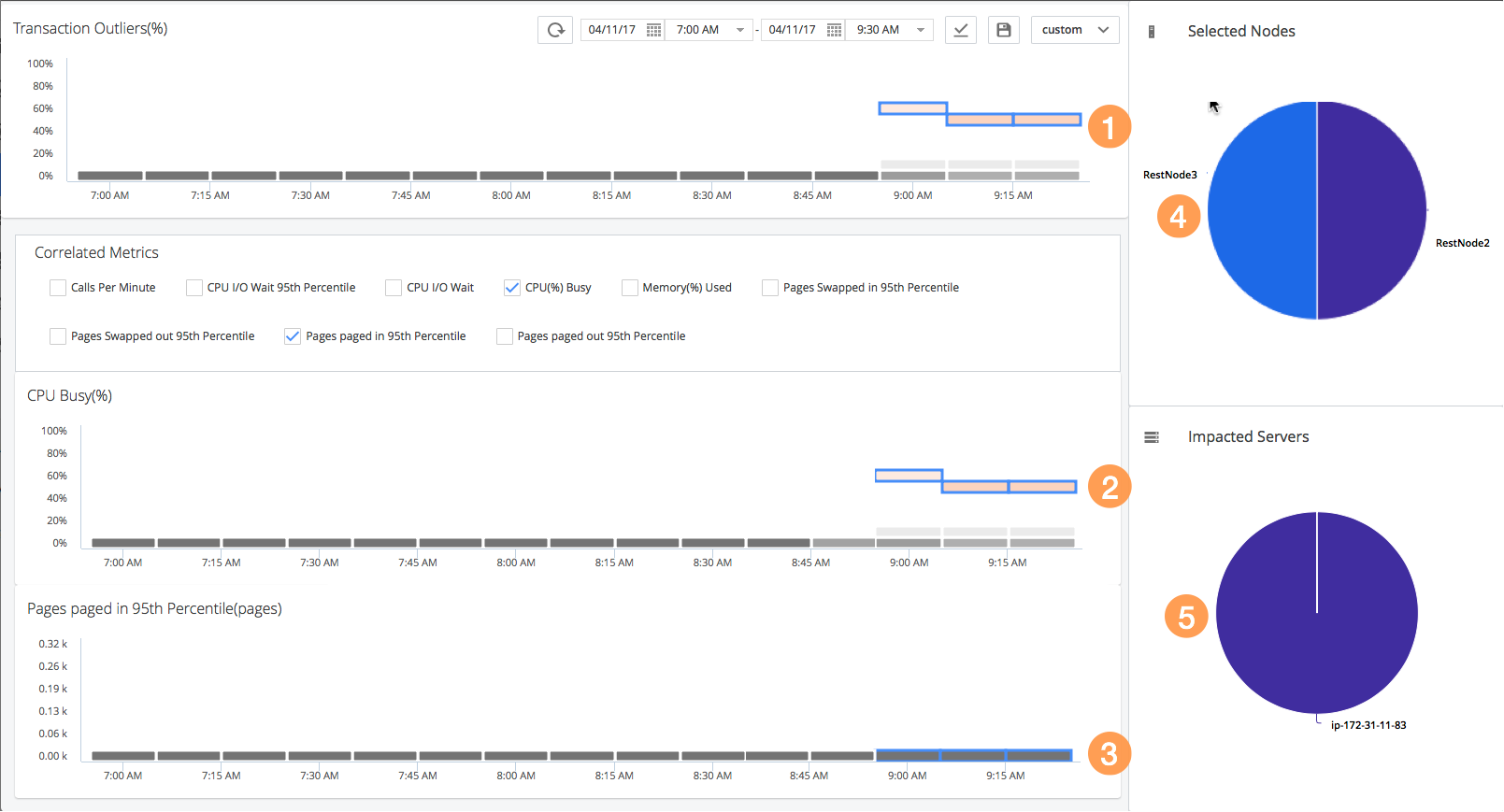