AppDynamics calculates baselines by using the underlying hourly data. A baseline can be calculated for every metric. Baselines have two main variables:

For example, you have a baseline that uses the weekly trend with the time period configured for 90 days; this is one of the default baseline configurations available in AppDynamics.

At a given day and time, the baseline in effect is one that considers only the data accumulated on the same hour and day of the week over the last 90 days. This is illustrated in the following diagram. 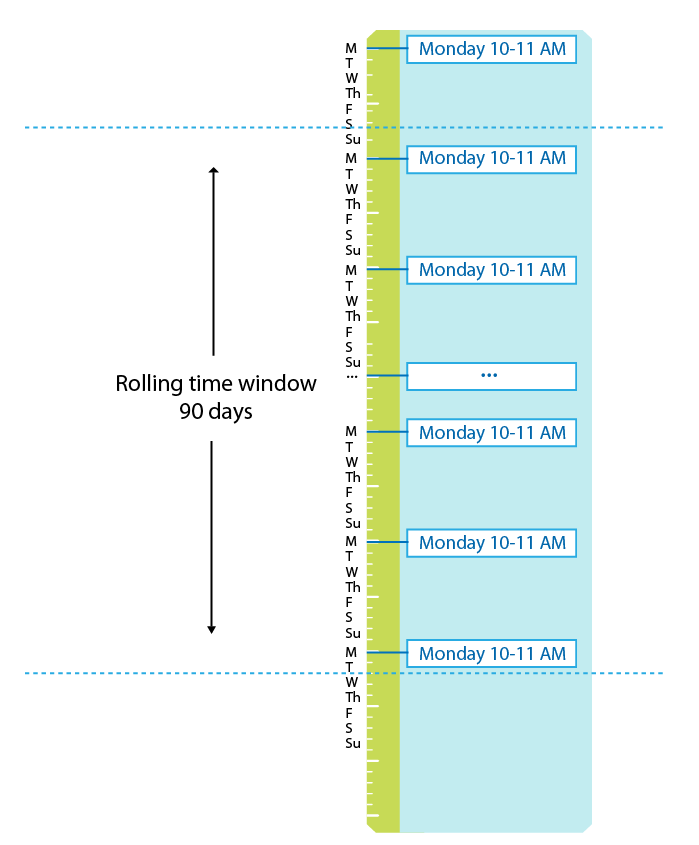 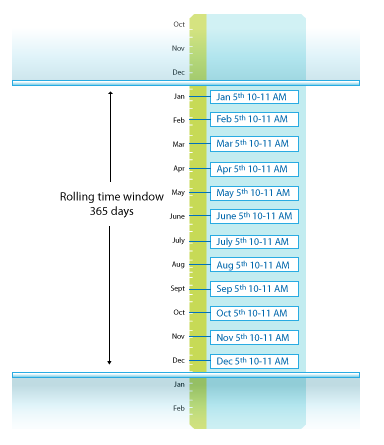 Baselines are not available immediately upon startup. It takes time and application load for the AppDynamics platform to collect data and create its initial baselines. The time depends on the type of baseline being used, whether daily, weekly, monthly, or none. Using none requires several hours before a baseline is available, daily takes several days, weekly takes several weeks, and so on.

By default, baselines are not computed for metrics if there are fewer than 20 calls per minute. To configure the calls per minute threshold, contact your AppDynamics account representative.

How Standard Deviations are Calculated

The following standard formula is used to calculate the standard deviation:

The standard deviations calculations differ based on the type of metric used:

For these metric values, the baseline of type = All Data lasts three hours (at 12:00) using the above values for calculations.

The baseline calculations, in this case, would be:

You can choose another as the default by selecting the baseline in the baseline list and choosing Set as Default.

Changing the default baseline changes the actual baseline for all existing health rules that rely on this default and do not specify another baseline. Be aware of your existing baselines and health rule definitions before you select this option.